THE HUMAN SIDE OF MANAGEMENT

Think of the worst boss you ever had. Picture that person. Write down three things that boss did which made her or him a poor supervisor/manager.

If you can, do that right now before you read any further.

When I picture the worst boss I ever had, the first thing that comes to mind is that I wanted to leap across the desk and punch him.

I knew that was a bad career move, so I never did it.

But when I think about why I wanted to punch him, here are the first three things that come to mind:

And that is just the beginning of the list. I could add many more. In addition to my own list, I have facilitated quite a few supervisory and management training courses over the years. During those training sessions, I always ask the trainees to list three characteristics of the worst boss they ever had. Here are some of the other terms that people usually list:

Fortunately, I have also had some good bosses over the years. When I think of them, many positive things come to mind. Here are the first three:

And just like the bad list, I and the students I taught, can add many more positive characteristics of the good bosses we have had over the years:

What both of these lists show is that most of what makes someone a good boss is not their technical skill or job-related knowledge, though both are important.

What makes them a good or bad boss are their interpersonal behaviors which either help or hinder the success of the organization they serve, the people they lead, and the people with whom they work.

These positive and negative behaviors greatly influence the performance of individual employees, groups of employees, and, in fact, the success of the entire organization.

So, at this point, it is important to ask where do these bad and good behaviors come from? Are they just behaviors we pick up along the way by following the examples of our supervisors? Or do they reflect who and what we are as a person and, in turn, how we think about ourselves and others? Do our behaviors reflect our character? And if so, what do we mean by a person’s character?

The premise of this book is that our behaviors reflect our character. And our character greatly influences the quality and effectiveness of our decisions and the success of the people and organizations we manage.

In this book, I will explore with you the following topics:

During my career, I have seen innumerable management theories and systems which were supposed to solve the problems and overcome the obstacles organizations face in being profitable, effective, and efficient.

The first system which I learned about was PPBS (Program Planning Budgeting System) which was introduced at Ford Motor Company in the late 1950’s by then CEO Robert McNamara. PPBS was the first of many alphabet soup acronyms which were supposed to transform an organization. MBO (Management By Objectives) came along in the late 1960’s. That was followed by TQM (Total Quality Management), Six Sigma, The Four E’s of Leadership, SWOT, SMART, PDCA, MBWA, Re-Engineering, Right-Sizing, and many, many more systems which most of the times helped organizations to some degree. Most of the theories were purported to be relatively quick fixes to the many complex challenges facing organizations. They usually proposed three or four simple things you needed to do to turn around your organization.

Almost all of the theories had some good points which had positive impacts on organizational effectiveness and success. But these various theories usually did not deliver on their grandiose promises regarding how this or that theory would make the organization more effective and successful. Often, they only addressed one portion of the total organizational culture, processes, and operations. As systems, they were frequently dumped after several years because they did not solve as many of the organizational management challenges as they were purported to solve. That is why a new alphabet soup theory came along a few years later to replace the previous one.

Another reason that many of these systems failed is they only recommended changes in the surface behaviors of managers. They did not look into the intellectual and inter-personal sources of such behaviors. This approach is typified by the “One Minute Manager” books. These books generally recommended good practices for supervisors to use in managing people, but they did not require the manager to embody those behaviors in her or his character.

Most people can spot a phony, particularly when they see a person say one thing and then do another thing over a period of time. The problem with the “One Minute Manager” books was that managers were told to adopt certain behaviors as quick-fix practices. But those one minute behaviors did nothing to change the basic character of the manager. For example, as I mentioned earlier, I had a boss who was always talking about looking at situations from a “win-win” approach. That sounded good. And when he first started using that terminology, we thought it was a positive concept and had the potential to make us a more cohesive and productive team. But after a few weeks of “win-win” comments, we realized that it was just more “BS.” Winning meant that he won. He did not care if the rest of us ever won. Surface changes which do not reflect the real character of the manager as exhibited in their many other negative behaviors are recognized by employees. They just add to the lack of credibility and effectiveness of the manager.

So that is why I am writing this book. In all of the books I have read, management workshops and seminars I have attended, and top management and leadership people I have spoken with, I have never heard anyone propose a theory of management that made moral character of managers of an organization an integral part of helping to drive the success of an organization.

This book will fill provide a framework for thinking about and doing things which improve the moral character of managers, and in turn, helps organizations become more effective and successful by unleashing the talents and energy of every organization’s greatest assets: the people who work there.

As outlined below, being the best manager we can be requires that we continuously improve and develop our inter-personal behaviors, business process skills, and job knowledge. And very importantly, we have to integrate all of those elements in a frequently changing work environment.

At this point, it is good to think about the words “integrate” and “integrity.” Integrate is a verb, a word that denotes action. Integrity is a noun that denotes a state of being. To integrate is to bring together and incorporate many parts into a whole. To be a person of integrity is to be someone whose actions embody the wholeness and authenticity of that person.

Integrating the Inter-Personal Behaviors, Process Skills, and Job Knowledge listed below will be done most successfully when the manager doing the integrating is a person of integrity, a person of good moral character. That is why managers who lack integrity are disliked and dismissed by the people they manage, and in turn, why their organizations are not as successful as they should be or can be.

A Good & Successful Manager Must Integrate

I will not write much about the Job Knowledge aspects of work because they are generally very job specific. Also, there are many avenues to learning about and staying current in the specific Job Knowledge areas applicable to our area of work. Our Job Knowledge must always be growing, changing, and adapting as the internal organization, external marketplace, and work-related technology change. 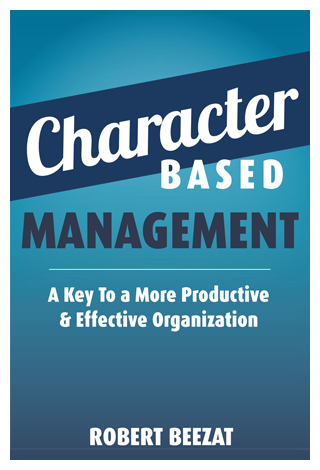